Christmas came early for 70 children living in under developed and developing communities across the country, when The Salvation Army teamed up with the Private Sector Commission (PSC) to present them with tablets that would allow them to actively participate in online classes amid the Coronavirus pandemic.

The presentation of the tablets, which brought smiles to the faces of the school aged children from nursery to secondary, formed a significant part of the Salvation Army’s inaugural Christmas Angel Tree Programme.

Amid much pomp and ceremony at its Alexander Street, Georgetown Headquarters on Wednesday, Chairman of the Advisory Board of The Salvation Army, Edward Boyer said it was just two-three weeks before Christmas when the idea was birthed by the Divisional Commander, Major Matignol Saint-Lot and his wife Major Mireille Saint-Lot. The Private Sector, he said, upon hearing about the initiative, jumped on board and opted to purchase the much needed tablets.

For a seven-year-old beneficiary from Rainbow City, Linden, the tablet was a dream come true. In a moving letter to the donors, the grade three pupil said the COVID-19 pandemic has taken a toll on families across Guyana and world at large. Like in many countries across the world, schools in Guyana have been forced to close their doors to physical learning, and have resorted to on-line cases. But for the grade seven pupil this has proven to be a challenge. “My school is doing online classes but I am unable to work from home because the tablet I was using felt down and broke. I am very happy that you chose assist me in purchasing one in my time of need,” the little Rainbow City resident said.

Boyer said The Salvation Army, in trying to meet the needs of the less fortunate, often turn to persons in private and corporate businesses for support. Edward Boyer urged the children to care the tablets and ensure it is utilised for the intended purpose.

Additionally, he expressed special thanks to the sponsors who have supported the Salvation Army throughout the year as well as the Divisional Commander of The Salvation Army, Major Matignol Saint-Lot on accomplishing their goal in bringing joy to the children.

In his feature address, Chief Education Officer Dr. Marcel Hutson lauded the Salvation Army for the much-needed initiative and the relief efforts towards those in need. Dr. Hutson noted the importance of building capacity amongst young people enabling them to take up leadership positions.

Handing out the tablets were Chairman of the Private Sector Commission, Nicholas Deygoo-Boyer, Ramesh Persaud, Major Retired Norman McLean, Edward Boyer, Dr. Marcel Hutson, and Major Matignol Saint-Lot. A commitment was given for this to be an annual initiative. The Private Sector Commission has said it hopes to become a major partner in this initiative for greater successes to come.

Sun Dec 27 , 2020
Support Village Voice News With a Donation of Your Choice. By Moses V. Nagamootoo Former Prime Minister December 20 was designated “National Petroleum Day”. I had written this article for publication last week but replaced it by a commentary on the decision from the International Court of Justice (ICJ) on Guyana’s application regarding the finality of the 1899 Arbitral Award […] 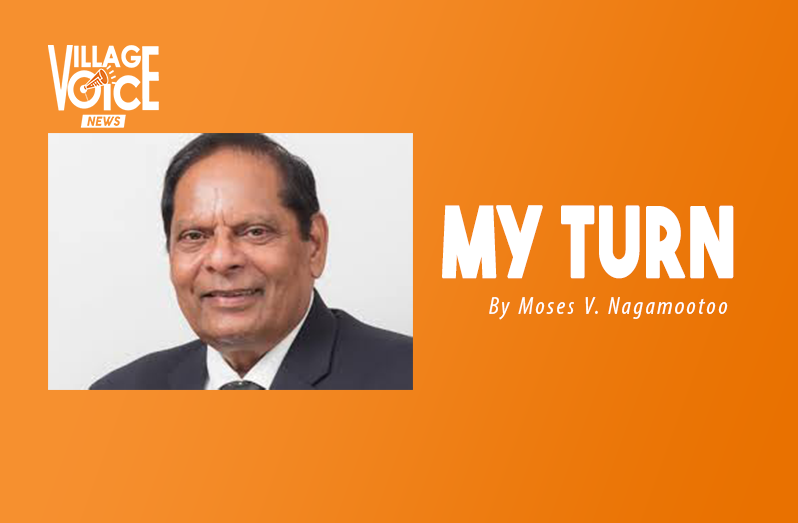