In condemning attempts by the People’s Progressive Party/Civic (PPP/C) Administration to deport 26 Haitians, former Attorney General and Minister of Legal Affairs, Basil Williams S.C said contrary to the utterances of the current Attorney General Anil Nandlall, Guyana’s Immigration Laws provide for Haitians to remain here for up to six months.

Chief Justice (ag) Roxane George has suspended the deportation orders granted by the Magistrate’s Court against the Haitians, pending her decision in the High Court on whether the rights of the Caribbean Community (CARICOM) nationals are being violated by the order, and or their detention at the Hugo Chavez Centre for Rehabilitation and Reintegration.

During the virtual hearing before the Chief Justice (ag) on Thursday, December 3, 2020, the Attorney General told the Court that Haiti is not covered under the CARICOM Single Market and Economy (CSME), which allows for the free movement of people, goods, skills, labour and services across among CARICOM Member States.

But Williams, in an interview with Village Voice News, said while Haiti has not fully signed onto the CSME, in January, 2019, then President David Granger signed an Immigration Order for the amendment of the Immigration Act to include Haiti among countries, whose nationals are entitled to an automatic stay of six months in Guyana.

The Order amended Part B of Schedule 1 of the Principal Act with the insertion of Haiti just below Grenada. Antigua and Barbuda, the Bahamas, Barbados, Belize, Dominica, Jamaica, Montserrat, Saint Christopher and Nevis, Saint Lucia, St. Vincent and the Grenadines, Suriname and Trinidad and Tobago are the additional countries, whose nationals are entitled to automatic six months of stay.

The Haitians arrived in Guyana from Barbados on November 7, 2020, and were reportedly granted a six-month stay by immigration officers at Eugene F. Correia International Airport at Ogle.

“The fact that the Haitians were let into Guyana, and they were at hotels and different places, it meant that the immigration officers felt that they were coming in good faith, otherwise, they would not have let them in,” Williams reasoned.

Williams submitted that because the group of Haitians legally entered Guyana, and met the requirements for a six-month stay, in accordance with Schedule 1 Part B of the Immigration Act, it was unlawful for the Guyana Police Force and or the Ministry of Home Affairs to remove them from their hotel rooms and other places and treat them as though they are “refugees” or in a “concentration camp.”

The A Partnership for National Unity + Alliance For Change (APNU+AFC) Administration had amended the Immigration Act to provide Haitians with an automatic six-month stay, approximately one month after the CARICOM Heads of Government had agreed to an implementation plan, in December 2018, for the full inclusion of Haiti in the CSME. The CARICOM Secretariat has been actively working with Haiti to have it fully integrated into the CSME.

Here in Guyana, Principal Magistrate Sherdel Isaacs-Marcus, on December 1, 2020, granted the State the deportation orders against the group of Haitians, even as the High Court was adjudicating on the initial court action, which sought to have them released from the Hugo Chavez Centre.

The Home Affairs Ministry had said that the 26 Haitians, inclusive of seven children, were part of a Human Trafficking ring, but the Association of Haitian Nationals in Guyana in rejecting the claim, said the Haitians were all granted a six month stay upon their arrival in the country.

However, hours after their arrival, the Haitians were apprehended by the police. A group was removed from the Bristol and Bristol Hotel, located on South Road, Georgetown, while another group was arrested on the Linden-Soesdyke Highway.

The Alliance For Change (AFC), in a statement on Friday, said the Irfaan Ali Administration’s “anti-black agenda” is destroying the country’s international image.  “Since its installation on August 2, 2020, mere months ago, there has been a clear demonstration of ethno-discrimination against persons of African ancestry ranging from the dismissal of public servants to the unconscionable detention of Haitian nationals, including children,” the alliance said.

It said the attempt to deport 26 Haitians, who gained legal entry into Guyana and permitted six months stay, smacks in the face of regional integration and goes against the intent and principles of the Revised Treaty that established the CSME.

“The Alliance For Change (AFC) notes the serpentine position of the Attorney General in the matter and wishes to remind the holder of that esteemed office that the CSME was designed to accommodate the aspirations  of all the peoples of the region for hassle-free intra-regional travel. It is the unconquerable Caribbean people, including many Guyanese, who were undaunted by unwelcoming officials, that forced governments of the region to adopt hassle free travel and non-discrimination as principles of the CSME,” the party said.

AFC said the sub-human conditions under which Haitians are being held – without running water, limited food and no medical attention or counselling – leave much to be desired, especially during the ongoing Coronavirus Disease (COVID-19) pandemic.

Further, it challenged the regional and international communities to condemn the PPP/C Government’s violation of the rights of the Haitians.

“The Alliance For Change further notes the deafening silence by many, who but a few short months ago, presented themselves as bastions of democracy. We challenge the Heads of Mission of the ABCE countries, the recently installed Chairman of CARICOM and last outgoing Chair and local leaders, to speak out against the injustices being perpetrated on the Haitian nationals whose detention can only be linked to their ethnicity.”

It recalled that not so long ago thousands of documented and undocumented Venezuelans, who fled the humanitarian crisis in their country, were welcomed into Guyana by the coalition government and every effort made to provide for their well-being.

Sun Dec 6 , 2020
Support Village Voice News With a Donation of Your Choice. – coalition supporters tell Granger ex-presidents confab is for PPP propaganda – say Ali is playing games Former President and Leader of the A Partnership for National Unity + Alliance For Change (APNU+AFC), David Granger should reject President Irfaan Ali’s invitation to meet with him along with the other past […] 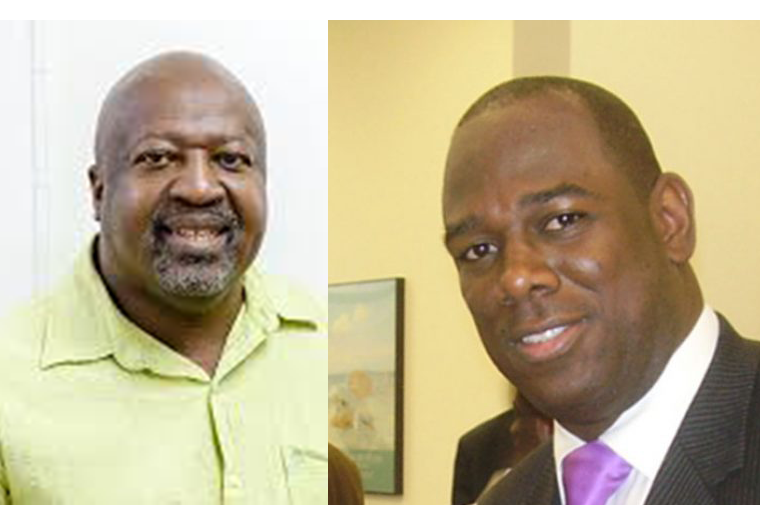