After five years of demonstrating a political will to combat the trafficking of narcotics, Guyana is now showing signs that it’s regressing into a narco-state, Opposition Leader Joseph Harmon said  as he called on Guyanese to hold the People’s Progressive Party/Civic (PPP/C) Administration accountable.

According to the U.S Department of State 2019 International Narcotics Control Strategy Report, Guyana, under the A Partnership for National Unity + Alliance For Change (APNU+AFC) Administration, in demonstrating the political will to combat the scourge, collaborated with the U.S Drug Enforcement Administration (DEA) to reap “great gains.”

Harmon, during a virtual press conference on Saturday, said since the PPP/C took office on August 2, 2020, Guyana’s image on the world stage has suffered serious and irreparable damage as he pointed to the recent drug busts that have been linked to Guyana.

Dubbed by federal prosecutors as the “the largest overseas drug bust ever,” Belgian police, last week, seized 11.5 tons of cocaine from Guyana. “This is a day of shame and infamy for Guyana. 900 million Euros or 1.065 billion US dollar worth of cocaine was seized in Belgium. In Guyana dollars, this is $222.6 Billion. Consider that our National Budget for 2020 is GY$330 Billion. Then this single shipment is worth 67% of our budget,” Harmon told reporters.

The vessel reportedly left Georgetown in late October, 2020. “It is an astonishing amount and one wonders how such a huge amount of cocaine was packed into containers and got through a wharf where containers are scanned and which is monitored by CCTV cameras, along with the GRA  officials stationed there,” Harmon reasoned. The cocaine was reportedly hidden behind scrap metal in a container.

While the Customs Anti-Narcotics Unit (CANU) had taken two persons into custody, those individuals have thus far been released following intense questioning, and three other persons are now wanted in connection with the mega drug bust.

The Opposition Leader was keen on pointing out that this is the second major shipment of cocaine which has been seized since the PPP regime was installed in government with the German authorities seizing 1.5 tonnes of cocaine in Hamburg in August, shipped in a container of rice. Also on September 15, 2020 an aircraft was found at Nine Miles airstrip in Region Seven, with 390 kilograms of cocaine.

“What is significant is that in all of this, no one has appeared in Court. It is also clear that Irfan Ali and Bharat Jagdeo must bear strict responsibility for this state of affairs. Since they came to office, they dismantled the National Anti-Narcotics Agency (NANA), and reinstated the Head of CANU who was dismissed for offence in relation to cocaine,” Harmon said.

According to him, the signs are clear for every Guyanese to see what is happening under the PPP regime. “We have returned to being a narco-state but now we are breaking global records for cocaine shipments. I feel very, very much ashamed,” he told reporters.

'Back in the negative spotlight'

Sun Nov 8 , 2020
Support Village Voice News With a Donation of Your Choice.  By Lisa Hamilton   Former Minister of Public Security, Khemraj Ramjattan said that it is highly troubling that in a mere matter of months Guyana’s name is once again being smeared internationally as a major drug transit point and that efforts to keep the country off drug-related lists are now threatened […] 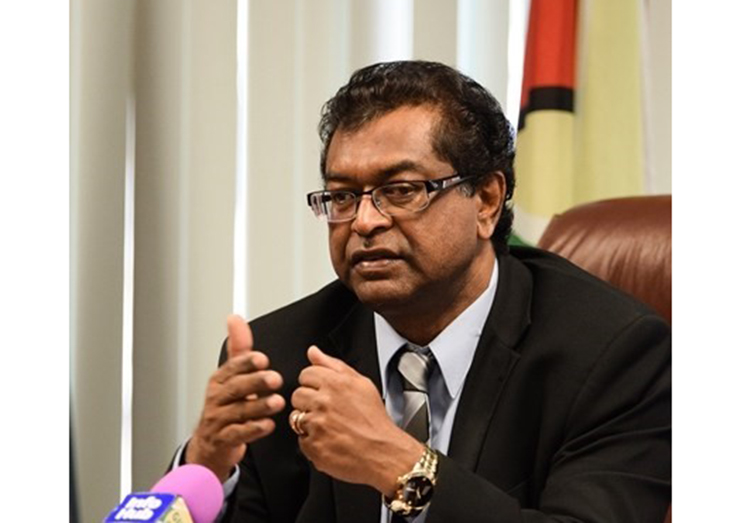