Guyana is set to formally liberalise the telecommunications sector next week, Vice President Bharrat Jagdeo said on Friday.
This comes four years after the Telecommunications (Amendment) Bill was passed into law in 2016.
During a media briefing at the Arthur Chung Conference Centre, he noted that this is another commitment being fulfilled.

“Liberalisation is a promise that we made a long time ago. Both parties agreed to this and we need to get it implemented. We are hoping by next week that could happen, but we had to go through a ton of technical work doing that,” he said.

The VP added that liberalising the sector would allow more competition and set the base for an ICT platform from which thousands of jobs could be created.
The Telecommunications Bill was first introduced in 2011 and then revised in 2013.  The Bill was then passed in 2016 under the former APNU+AFC administration. Former Minister of Public Telecommunications, Hon. Mrs. Catherine Hughes came under heavy criticism for failing to sign the order to bring the Telecommunications Act 2006 into effect.
According to Dr. Jagdeo, the then Minister instead continued negotiations with the Guyana Telephone Telegraph (GTT).

“They signed a secret agreement with GTT that nobody knew of which seems to be negotiating rather than bringing the law into effect,” he said.

The Vice President clarified that the liberalisation of the sector does not depend on the Guyana Revenue Authority (GRA) and GTT resolving a disputed tax settlement of US$44.1 million dating back to 1991.

“If that’s the case, then GTT can always say ‘we never reached a settlement with you’ then you can never liberalise so that is not a condition for liberalisation – reaching agreement on the tax matter.”

The Telecommunications (Amendment) Bill 2016 explanatory memorandum noted that “it provides for an open, liberalised and competitive telecommunications sector that will be attractive to investors, while preserving the activities of the current sector participants. By creating a competitive environment for telecommunications, the Bill is expected to (provide) greater choice, better quality of service and lower prices for consumers. The Bill also specifically addresses the (extension) of existing telecommunications networks and services into un-served and under-served areas through a new universal access/universal services programme.” (DPI)

Sat Oct 3 , 2020
Support Village Voice News With a Donation of Your Choice. – as govt appoints new chief medical officer  Deputy Chief  Medical Officer Dr Karen Boyle has been overlooked for the post as the chief medical officer as the PPP/C Government went outside of the hierarchy and appoint Dr Narine Singh to perform the duties. In an internal memo by the […] 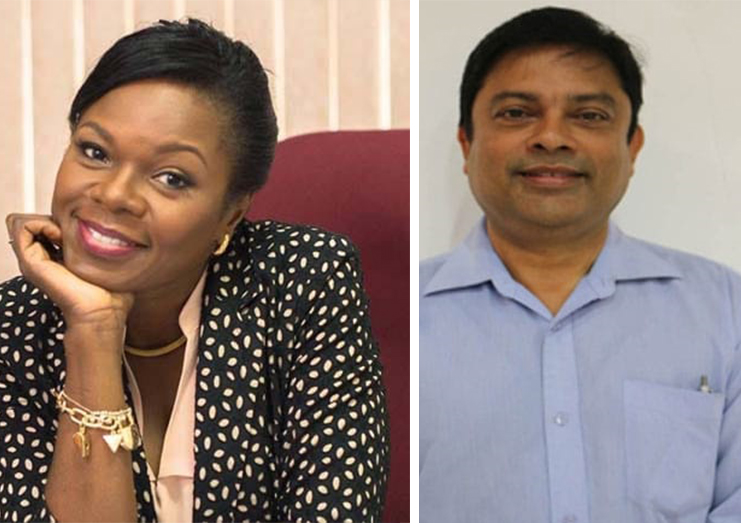