Dear Editor:
President Irfaan Ali is being called on to seriously rethink the position that he will not engage Leader of the Opposition Joseph Harmon unless the latter recognises the People’s Progressive Party/Civic as “legitimately elected.”  The “political system” of the Guyana, according to Article 13 of the Constitution, is that of an “inclusionary democracy.”  Democracy, in our instance, is not left up for interpretation.  It has been made clear (described) what type we have and must apply in governing this country. In a society, as ours, prone to ethnic tension and division this is a good starting point for de-escalating and to channel energies in a productive direction.
Nations have gone to war, trading insults at each other, even as their leaders sit at the table and hammer out solutions to their conflicts. This is borne out of the desire for peace and development, and recognition of the intertwined realities that peace and development of one is hinged to the peace and development of the other. World War I and II were brought to an end out of such recognition. In March 2020 the United States signed a Peace Agreement with the Taliban to move the process forward in ending an almost two decades old war in Afghanistan.

Though our tension and division may be of a lesser scale, continuing to treat the other as enemy, outsider and unequal does society more harm than good. The 2020 Elections, though the results have been declared and a new government sworn in, are not without serious problems. The Chair of the Guyana Elections Commission, Justice Claudette Singh SC, has acknowledged there were grave irregularities unearthed during the recount exercise but said addressing these is the responsibility of the judiciary. The petitions are before the court. The Court will determine whether the government was legitimately elected or not and the court must be allowed to do its work.
Ali has to accept that this election almost brought this country to the precipice. When adults no longer see children deserving of their protection and will attack them to vent their grievance over a matter that has no bearing on the children, this country is losing its soul, its basic decency. That incident in Bath Settlement on 6th March where supporters of the government stoned a school bus with children inside, some of whom were injured and had to seek medical attention, will forever mentally scar the affected and this nation. That bus was later set afire in the street. An end has to be brought to this method of ventilating and seeking resolution. The best way still remains respecting the Constitution and the Government must deliver the required leadership.

The children are looking on and adults have to be mindful of this. Ours is the decision to determine what we want our children to grow up and be; what are we going to bequeath them.  It must not be a failed society. The tendency in this nation to only speak out when physical violence occurs and ignore repeated calls for social, economic and political justice as a result of the daily violence occurring in these spheres must be addressed.

This nation is being reminded when the Trade Union Movement in 1926, under the leadership of Hubert Nathaniel Critchlow, began the fight for one man one vote (universal suffrage) and internal self-government this was a fight for all not some. Ali, who is of East Indian ancestry, is being reminded of Critchlow’s engagement with the then British Guiana East Indian Association on how this group could play a role in the fight. The Guyana Trades Union Congress retains abiding interest in realising “inclusionary democracy” in voting and day-to-day governing.

The Muslim community from which Ali comes is being called on, as the media and every other group or individual, to speak out against the desire of some to pursue the path of exclusion when the Constitution mandates inclusion.

Messrs Ali and Harmon are the nation’s two premier political leaders as per our Constitution. They must start engaging in moving this nation forward in the direction of “inclusionary democracy”.  Theirs is not a choice but duty to carry out this explicit mandate of our “political system.” In March 2019 the Guyana Trades Union Congress wrote then President David Granger and Leader of the Opposition Bharrat Jagdeo to have engagement to this end. That charge today is now Ali and Harmon. Society, home and abroad, must demand they do so because we the people deserve no more, no less.

Fri Oct 2 , 2020
Support Village Voice News With a Donation of Your Choice. The world woke up to the news that United States (U.S) President Donald Trump and First Lady Melania Trump tested positive for the novel coronavirus (COVID-19). Though none is immune from contracting this deadly virus what makes the Trumps’ case an international conversation is not necessarily because of Mr. Trump’s […] 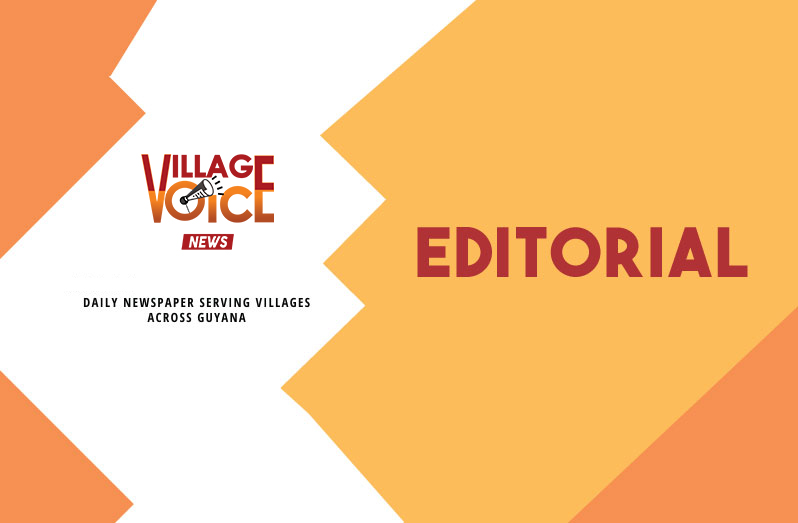