The A Partnership for National Unity + Alliance Force Change (APNU+AFC) on Wednesday slammed the People’s Progressive Party/Civic (PPP/C) Administration for its poor management of the Coronavirus (COVID-19) pandemic as the death toll and number of confirmed cases continue to rise.
To date, 80 persons have died from the virus – 59 within the last two months. The number of confirmed cases are now well over 2,500.
Minister of Health, Dr. Frank Anthony has attributed the spike in the number of cases to the increasing number of tests conducted since the PPP/C Government took Office on August 2 but on Wednesday, Dr. Karen Cummings – a former Junior Health Minister under the APNU+AFC Coalition – said the growing number of cases is as a result of the ministry’s failure to put an effective plan to combat the disease.

“Since the PPP/C government assumed Office on August 2, 2020, there seemed to be no definitive plan or strategy on how to address the COVID-19 Pandemic. Their immediate move to abandon the strategic plan left in place by the APNU+AFC Coalition Government was foolhardy at best,” Dr. Cummings said during a virtual press conference.

The situation, she said, is further compounded by the ministry’s home isolation programme. “The home isolation programme is a complete disaster. Cases are not properly screened to determine if their circumstances warranted for home isolation. Many have reported being informed that they were positive, but no information on the modality of isolation was offered,” Dr. Cummings said. She said the PPP/C Administration resorted to home isolation notwithstanding the fact that the occupancy at the Ocean View and Diamond Isolation Units remain relatively low.

“The National Reference lab continues to face stark challenges with testing for Covid-19. These challenges range from a lack of HR for testing and the updating of the lab database with the results. Rather than find solutions that will protect the health of the public and meet the challenge of ensuring timely and accurate results, the PPPC Government have scaled down testing to deceive the populace that the disease is not widespread,” she added.

According to her, there have also been cases in which samples for COVID-19 testing were misplaced and mismanaged, particularly those coming from the hinterland reports. In one instance, over 15 samples from Region 8 were misplaced after being picked up from Ogle Airport, the former minister reported.
The PPP/C Administration also came under fire over its failure to adequately address the needs of healthcare workers. The Government’s announcement that it has set aside $150M for frontline workers did not stop healthcare workers, particularly nurses, doctors and medical technicians from protesting over the meager risk allowances offered, the inadequate supply of protective equipment and the extended periods of work.

Over at the Georgetown Public Hospital Corporation (GPHC), healthcare workers have been warned their protest actions can result in serious consequences. The Health Ministry, and Government by extension have said that the protests were illegal.

Dr. Cummings said the PPP/C response to the concerns of healthcare workers leave much to be instead of allaying the concerns of the desire.
Former Minister of Public Service, Tabitha Sarabo-Halley, who was also present during the press conference, condemned a decision by the Government to have its staff at the Office of the President return to work. The instruction was handed down on September 22, 2020. “This I believe is emblematic of the approach that the PPP regime has taken to the COVID-19 pandemic. An attitude that suggests to the population that the pandemic is not serious and life should return to normal as quickly as possible. This blanket disregard for the health and safety of the citizens of this country is unacceptable,” Sarabo-Halley said.

Under her watch, the Public Service Department had initiated a Public Administration Work Scheme, which allowed for staff rotation, work from home, appointment scheduling and use of a government portal to allow persons to continue to have access to government services.
The APNU+AFC had also maximize the use of technology to facilitate tele-conferencing, video-conferencing and government approved file sharing – all in an effort to reduce physical contact.

“Since the PPP assumed office the number of confirmed cases has increased exponentially, the death rate has also increased significantly, and reports are that several Ministries and government agencies have at least one staff who has contracted the virus. To suggest to Public servants that work will recommence as per normal while pretending that the significant increase in COVID-19 cases does not matter can only suggest that the alternative task force that the PPP/C regime had in place prior to August 2nd was another deceitful attempt by this illegitimate government to cause the citizens of this country to believe that they have a better plan to deal with this COVID 19 pandemic,” Sarabo-Halley said.

APNU+AFC Members of Parliament, Dawn Hastings-Williams and Geeta Chandan-Edmond had also weighed in on the issue during Wednesday’s press conference. Both MPs denounced the PPP/C’s failure to combat the pandemic. They noted that while some measures are in place, implementation is weak.

Exxon to proceed with Payara development

Wed Sep 30 , 2020
Support Village Voice News With a Donation of Your Choice.  – production to begin in 2024; production capacity of 220,000 barrels per day ExxonMobil has made its final investment decision to proceed with the Payara field offshore development in Guyana after receiving government approvals. Payara is the third project in the Stabroek Block and is expected to produce up to […] 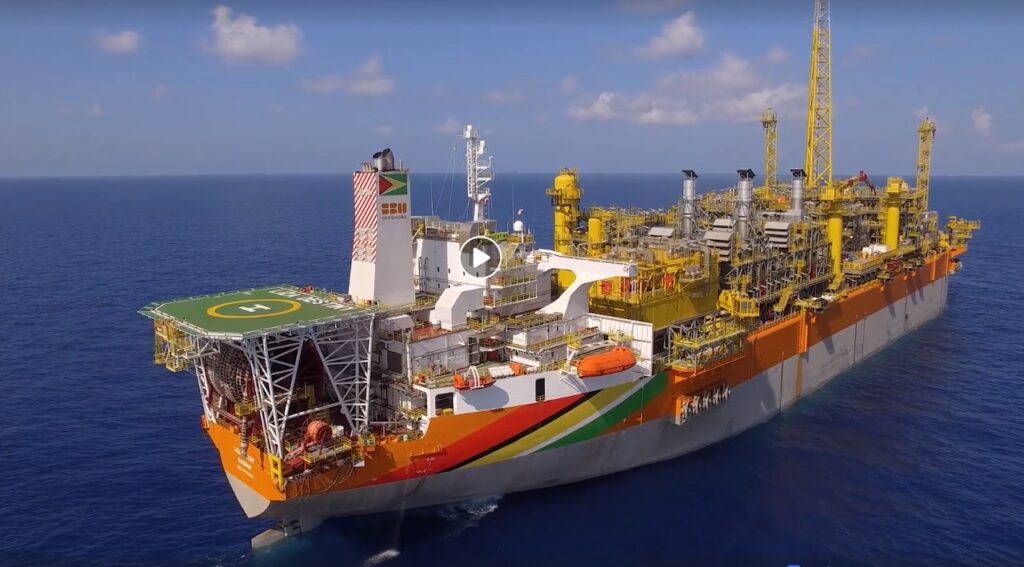