Enquiries disclosed that Scipio left home  Saturday and went to work at the construction site of a four storey steel and concrete building and about 10:35hrs held a meeting with all the workers on the fourth floor, after which everyone went back to work.

Police said subsequently, Scipio was observed walking towards a hole, which is located at the centre of the building and fell through downwards to the bottom.

According to the police one of the workers who witnessed the incident, and who had tried to alert the Scipio about the danger but was unsuccessful, then raised an alarm and went to the bottom floor where he saw the engineer lying motionless on the concrete surface of the ground in a pool of blood and injuries to his head.

The body was picked up and taken to the Georgetow  Puic Hospita by coworkers, where he was pronounced dead by a doctor.

Sun Sep 20 , 2020
Support Village Voice News With a Donation of Your Choice. (BBC Sport) Eddie Nketiah’s late goal ensured Arsenal maintained their 100% Premier League start as they condemned West Ham to a second successive defeat. The Gunners largely controlled the early stages and went ahead with their first effort on goal when Alexandre Lacazette headed in from Pierre-Emerick Aubameyang’s chipped cross. […] 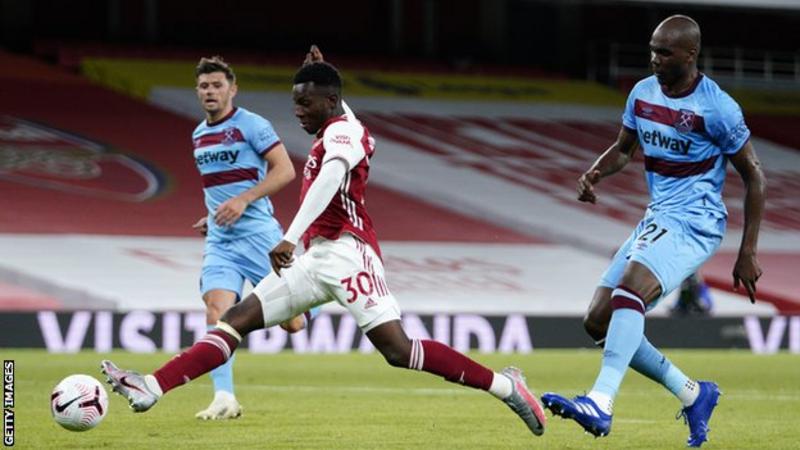