A 29-year-old man met an untimely death on Saturday evening after a confrontation with an individual who was blocking his path.

Enquiries disclosed that around 21:30hrs, the deceased was driving his Motor Car, PKK 8911, a white corolla wagon, headed in the eastern direction along Busbie Dam.

As he was about to turn his motor car into First Street Craig, Singh was confronted by a male who had his cart packed with fruits and vegetables, virtually blocking his path.

As a result, the deceased exited his vehicle and asked the suspect to remove his cart to allow him to pass, but the suspect  refused to do so which resulted in an argument between them.

The suspect then armed himself with a cutlass which was concealed in his cart and dealt Singh a chop to his left side neck, then made good his escape.

After the injury, the Singh entered his motor car and drove to the Diamond Diagnostic Centre where he died about 22:30 hrs while receiving medical treatment.

The police have since made an arrest on a 36-year-old man, after receiving information. The suspect is now at the Grove Police Station and remains in custody assisting with the investigation.

Mon Aug 31 , 2020
Support Village Voice News With a Donation of Your Choice. Region Four Returning Officer, Clairmont Mingo was on Monday morning placed on $600,000 bail when he appeared at the Georgetown Magistrates’ Court on four counts of charges stemming from alleged malpractice in the March 2,2020 elections. The charges against Mingo have been described as vexatious and trumped up. Mingo was […] 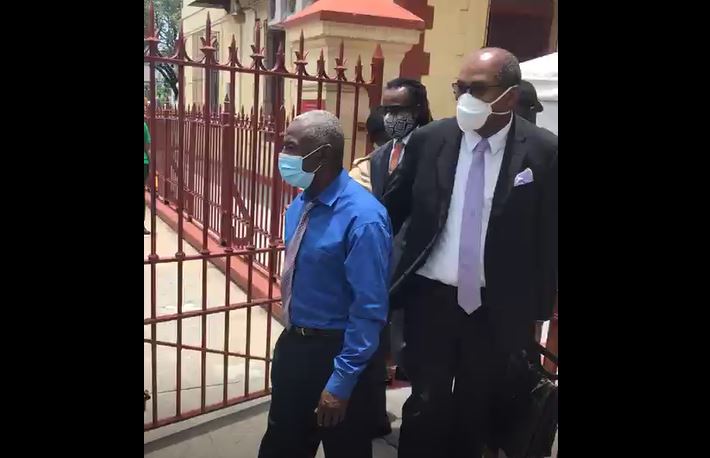