His Excellency, President Mohammed Irfaan Ali begin his first day in office as Guyana’s 9th Executive President by assuring his staff at the Ministry of the Presidency that the collective goal going forward is to deliver quality goods and services to the people.

The Head-of-State, who was accompanied by Prime Minister, Hon. Mark Phillips Minister of Parliamentary Affairs and Governance, Hon. Gail Teixeira interacted with some of the staff of the agency this morning.

“Guyana requires the skills of all of us to work in a collective manner if we are to build a strong and sustainable country, a country that all of us can be proud of,” the president said.

He called on the staff to remain professional even as they deliver quality services to the Guyanese people.

“I am here to assure you that we are going to work in a unified manner in a way that will see every Guyanese benefit from the resources of this country…This office is the highest office in Guyana and therefore the workers are expected to deliver the highest level of service at the higher standards…I expect all to reignite that we have to operate at a high standard and set the bar for the rest of the public servants.”

He advised against operating in a way that will fuel distrust, noting that this thinking could lead to disunity.

President Ali noted that as the PPP/C Administration transition, there will be changes of approach, new and emerging areas of responsibility and, there will be a shift in the plans and programmes of the Government.

President Mohammed Irfaan Ali was declared the 9th Executive President of Guyana by the Guyana Elections Commission (GECOM). He was immediately sworn in by the Chancellor (ag) of the Judiciary Justice Yonette Cummings Edwards.

‘We're not government or opposition’

Wed Aug 5 , 2020
Support Village Voice News With a Donation of Your Choice. …Joinder parties say as Shuman set to take up seat in first round  Though they passionately fought for the results of the elections to be declared based on the contested recount data, in line with the People’s Progressive Party/Civic (PPP/C), the country’s three joinder parties which have gained one seat […] 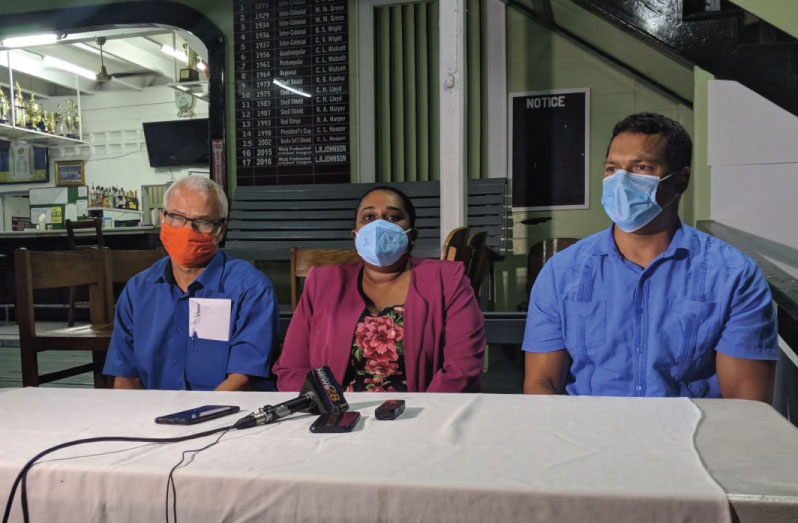