The Court of Appeal will hand down its ruling in the matter of Misenga Jones vs the Guyana Election Commission (GECOM) on July 30, 2020, at 11 am

This matter was brought before Justices Dawn Gregory, Rishi Persaud and Priya Seenarine-Beharry this morning.

Jones’ appeal follows the matter which was before the High Court concerning the March 2 Elections and the validity of Order 60 of 2020 and issues concerning the actions of the Chief Elections Officer.

The Chief Justice Roxane George after finding that the court had jurisdiction over the matter, ruled that Order 60 – on which the recount process was conducted – is valid and a declaration must be made based only on the figures from that process.

The Chief Justice also ruled that the CEO cannot act on his own and is under the umbrella of GECOM.

Senior Counsel John Jeremie representing the applicant in his arguments questioned the validity of Order 60 of 2020; observing that the notion that the Order can amend the constitution is unconstitutional.

His client is contending that to “base any report as amended would be inconsistent with Section 177:2 (b) of the Constitution, the Representation of the People Act and in defiance of the ruling of the CCJ.”

Jeremie pointed out that no section of Order 60 could have any effect where it is inconsistent with the Constitution which is the Supreme Law in Guyana.

Order 60 is deeply flawed he said adding that the elections must be declared consistent with the laws of Guyana which is what the CEO has done.

The constitution he said “must take precedence. Any challenge to the CEO’s report can only be challenged via an election petition (as indicated by the CCJ) in the High Court which has exclusive jurisdiction to deal with the matter. GECOM and the Chair are under a statutory obligation to adhere to the advice of the CEO which is in accordance with the laws of Guyana,” Jeremie underscored.

Conversely, Attorney Kim Kyte-Thomas, representing the GECOM Chair contended that the 10 declarations cannot be used and maintained that only figures emanating from the recount process which was birthed by Order 60, are to be used.

She also contended that the CEO must comply with the directions of commission since he is not a constitutional officer and therefore subject to the commission.  Similar arguments were presented by the other respondents in the case

However, Attorney General (AG) and Minister of Legal Affairs Basil Williams SC argued that the Chief Justice erred in her ruling when she held that the CEO did not have a constitutional mandate.

The Attorney General contended that according to Article 177:2 (b) of the Constitution, a declaration can only be made after it has been advised by the CEO.

He held that nothing in the Constitution speaks to the CEO being directed by the Chairman or the Chairman making a declaration based on anything other than the advice of the CEO.

“GECOM has to act based on the advice of the CEO and any law inconsistent with the constitution is null and void,” the AG Williams stated.

The declarations made by the Returning Officers, he argued have not been invalidated noting that the CCJ said that they cannot be invalidated except by an election petition.

The Attorney General recommended that the court to use its supervisory jurisdiction to act on the case before it, as it has done in previous cases.

Sat Jul 25 , 2020
Support Village Voice News With a Donation of Your Choice. By Felecia Valenzuela Senior Counsel John Jeremie, Attorney for Applicant, Misenga Jones, on Saturday argued that Section 22 was “long and wide” and that Order 60 was invalid as its provision conflicts with Section 162 (1) of the Constitution. SC Jeremie was presenting his oral arguments to the Court of […] 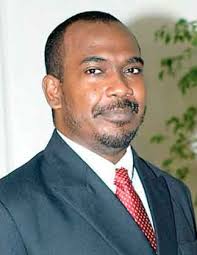